A yearlong study of a group of homeless military veterans in Los Angeles found that few were able to obtain permanent housing over the course of the year despite living near the region’s major VA service center.The project, led by researchers from the nonprofit RAND Corporation and the University of Southern California, found that although the veterans wanted to get off the streets, the housing options available to them frequently did not meet their desire for autonomy, safety, security and privacy.
Many study participants lacked confidence about their ability to obtain or retain housing, noting that their past experiences convinced them there were few options and little affordable housing available to veterans.
The report recommends expanding the quality of outreach efforts to engage homeless veterans, noting that the use of mobile services could be a key to connecting them to affordable housing and other services.
“Veterans are a priority population who generally have access to services, but few of those we followed found permanent housing,” said Sarah Hunter, the report’s lead author and director of the RAND Center on Housing and Homelessness in Los Angeles. “This study demonstrates how difficult it can be for people who are unhoused to navigate the system to find suitable housing.”
The study is the first to systematically track a group of veterans experiencing homelessness in Los Angeles to obtain information about their housing, health and service experiences to understand factors that help or hinder their entrance into stable housing.
The project followed a diverse group of 26 homeless veterans in West Los Angeles over 12 months, aiming to interview them monthly. Some of the veterans were recruited from a large homeless encampment adjacent to the campus of the West Los Angeles VA Medical Center, while the others lived just a few miles away.
Past mental and physical health problems were relatively common among the study participants, as was past victimization. More than half of the study group had been homeless for more than three years.
Over the course of the year, 17 of the 26 veterans in the study received some kind of stable housing, but only three obtained permanent housing. Veterans secured stable housing in various ways, including leaving Los Angeles and participating in programs set up in response to the coronavirus pandemic, such as the Project Roomkey initiative.
Once the veterans became stably housed, their mental health, qualify of life and social support improved, and they reduced use of costly services such as emergency room visits and hospital stays.
“Housing was a priority for the people we studied, but often they did not like the options available to them,” Hunter said. “They wanted a safe and private place that respects their autonomy. Housing options need to be aligned with veterans’ housing preferences. If housing opportunities do not respect their needs, they will say, ‘Screw this, I will go pitch a tent in the park.”‘
Hunter said that the experiences of study participants suggest that the VA needs to more deeply invest in outreach services that can lead to tangible support more quickly and efficiently.
At the time the study began, the VA outreach team consisted of five people who served Los Angeles County and parts of other adjacent counties, although the VA has recently announced it will increase its staff. The current estimate of veterans experiencing homelessness in Los Angeles County is 3,902.
Some of the veterans in the study were given smart phones, which researchers say may be a good tool to engage with unhoused veterans and connect them with services. Equipping outreach workers with mobile technology could also assist with assessing veterans’ needs and accessing resources for unhoused veterans while in the field.
Support for the report, “Twenty-Six Veterans: A Longitudinal Case Study of Veterans Experiencing Homelessness in Los Angeles: 2019-2020,” was provided by the Epstein Family Foundation. 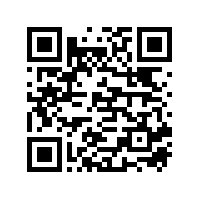