Good morning! There was lots of movement in the Legislature this week, with bills on maternal mortality rates, police use of force, and drug prices all head toward or cleared from Gov. Gavin Newsom’s desk. More on that below, but first here are some of your other top California health care stories for the day.
Unique Factors To California’s Homelessness Crisis Likely To Derail Trump Administration’s Plans:  The White House effort has taken state officials by surprise, as the president has shifted from criticizing California’s management of homelessness on social media to proposals that would insert the federal government directly into the crisis, including relocating homeless people living on the street and in tent camps to a federal facility. But the state’s growing homeless problem hasn’t been contained by similar policy initiatives in the past. It is an unusual crisis stemming in part from the state’s economic success and one where the lack of political will, rather than a lack of public resources, is often the primary obstacle to resolving it. The Trump administration’s proposal, as it has been outlined by advisers, would do little to alter the challenging local politics or the legal protections that allow people to sleep on California’s streets. As of January, Los Angeles County had just shy of 59,000 homeless people, while within the city, the number was more than 36,000 — a 16% annual increase.
Read more from Scott Wilson of The Washington Post and Chris Megerian and Benjamin Oreskes of the Los Angeles Times.
Legislature Sends Bills That Would Require Bias Training For Medical Workers To Newsom: Doctors, nurses, lawyers and court workers in California may soon be asked to confront their prejudices under a trio of legislative proposals that are headed to the desk of Gov. Gavin Newsom. The Legislature passed the final bill on Thursday, one of two approved this week that would mandate implicit bias training as a continuing education requirement for many medical professionals and court workers. A third measure that passed this week is aimed at ensuring pregnant black women receive equal treatment with similar training for those involved in perinatal care. Studies have shown that black people in particular face subtle discrimination that can cause them to receive subpar medical treatment or harsher punishments in courts, inequities that can have life-or-death consequences. Read more from Anita Chabria of the Los Angeles Times.
Despite California’s Individual Mandate, State’s Uninsured Level Still Stalls:  California has seen its rate of uninsured residents drop every year since the state’s affordable care marketplace, Covered California, began offering insurance policies, but 2018 was the exception. The rate stalled last year at 7.2 percent, according to new data from the U.S. Census Bureau. Covered California leader Peter Lee says that number can be deceptive, though. Roughly 60 percent of uninsured Californians are immigrants who do not qualify for the federal subsidies offered by Covered California because they are undocumented. Currently, Lee said, about 3 percent of eligible Californians are uninsured. Read more from Cathie Anderson of the Sacramento Bee.
Below, check out the full round-up of California Healthline original stories, state coverage and the best of the rest of the national news for the day. 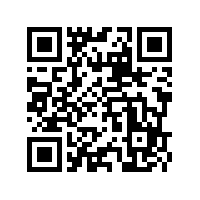