Latest From California Healthline:
California Healthline Original Stories
Vapers Seek Relief From Nicotine Addiction In — Wait For It — Cigarettes
Even though e-cigarette makers market their products as a safer alternative to cigarettes, a growing number of vapers are trying to quit— and they’re turning to cigarettes to help them. (Ana B. Ibarra, 9/12)

Good morning! The fight might not be over for the opponents of the controversial anti-vaccination legislation that Gov. Gavin Newsom signed this week. A group of activists want to put the issue in front of voters. More on that below, but first here are your top California health stories of the day.
As Trump Administration Bans Flavored Vaping Products, Two Bay Area Cities Move Toward Blocking Sale Of E-Cigarettes Completely: As President Donald Trump vowed Wednesday to force companies to stop selling flavored vaping products, two Bay Area cities this week moved forward on legislation banning the sale of e-cigarettes altogether, regardless of flavor. The Richmond City Council on Tuesday voted to pass an ordinance suspending the sale of e-cigarettes until the products are reviewed by the Food and Drug Administration. And on Monday, Livermore officials — who passed similar legislation in July — decided to put the matter before voters on the March 3 election.
Meanwhile, Bay Area public health advocates are praising Trump’s decision. Dr. John Maa, chief surgeon at Marin General Hospital said he’s “particularly pleased that this has become a national movement,” with San Francisco leading the way in 2018.
And Juul CEO Kevin Burns met with The San Francisco Chronicle’s editorial board Wednesday. He addressed a number of concerns, including youth vaping, the recent flood of vaping-related lung illnesses, and the national ban on flavored e-cigarettes.
Read more from Catherine Ho of The San Francisco Chronicle; Sheila Kaplan of The New York Times; and Tara Siler of KQED.
Landmark Bill Offering Protections To Workers In California’s Gig Economy Heads To Governor’s Desk: California lawmakers rewrote the rules of employment across a wide swath of industries Wednesday in legislation that could grant hundreds of thousands of workers new job benefits and pay guarantees. After vigorous debates over what occupations should be exempted, Assembly Bill 5, which curbs businesses’ use of independent contractors, gained final approval in the state Senate and the Assembly and was sent to Gov. Gavin Newsom, who has pledged his support. State Sen. Maria Elena Durazo (D-Los Angeles) who co-authored the bill, began Tuesday’s debate by blasting tech companies and some traditional employers, saying they have, for decades, exploited workers with false contractor labels. “These so-called gig companies present themselves as the innovative future of tomorrow,” said state Sen. María Elena Durazo (D-Los Angeles). “A future where companies don’t pay Social Security or Medicare, workers’ compensation or unemployment insurance.”
Read more from Margot Roosevelt, Johana Bhuiyan and Taryn Luna of the Los Angeles Times; Carolyn Said and Dustin Gardiner of the San Francisco Chronicle; Mitchell Hartman of Marketplace; and Katie Orr of KQED.
Below, check out the full round-up of California Healthline original stories, state coverage and the best of the rest of the national news for the day. 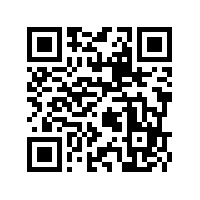