Trump has taken aim at California’s homelessness issues before, earlier this year telling Fox’s Tucker Carlson that the federal government might be compelled to “intercede.” | Homelesstimes Images

OAKLAND — California officials scrambled Tuesday to decipher a report that the Trump administration is planning to intercede in the state’s homelessness crisis.
No issue is dominating the agenda in California like the housing shortage and homelessness spike, with mayors, state lawmakers and Gov. Gavin Newsom grappling to ameliorate an epidemic that is unavoidable on city streets.
Story Continued Below

But a Washington Post report that the Trump administration is considering demolishing homeless encampments and moving unhoused people into government facilities caught elected officials here off guard. Mayors were left trying to determine if they were dealing with a speculative threat or the possibility of concrete, drastic action.
Newsom has sparred with President Donald Trump before over homelessness, and a spokesperson assailed the president’s record in a statement that California “stands ready to talk” if Trump is willing to discuss “real investment” in housing. Newsom’s first budget, passed earlier this year, committed billions of dollars to housing and homelessness.
“[Trump] could start by ending his plans to cut food stamps, gut health care for low-income people, and scare immigrant families from accessing government services,” spokesperson Nathan Click said.
In a head-snapping turn of events that illustrated the challenges California faces in working with a hostile and mercurial president, news of possible federal action dropped — bewildering officials — as Los Angeles officials were giving a tour to a Trump administration contingent focused on homelessness.
A day earlier, the chief of state and federal affairs for Los Angeles Mayor Eric Garcetti revealed the Trump delegation’s visit, saying it was an opportunity for the city to explain “our strategic plan around homelessness and sanitation deployment and Skid Row engagement.”
“They’re just not thoughtful, and quite frankly not smart enough, to know what we’re doing,” Garcetti aide Breelyn Pete said at a POLITICO event.
Other mayors contending with spiking homeless populations said the reported administration effort was the wrong approach. San Francisco Mayor London Breed in a statement urged “federal support and resources to build more housing for people living on our streets” rather than “simply cracking down on homelessness without providing the housing that people need.”
Similarly, Oakland Mayor Libby Schaaf — who infuriated the Trump administration and drew threats of retaliation after warning her residents of an impending immigration raid — accused Trump of “pre-election political posturing at the expense of our most vulnerable residents.”
“We’ve been asking for federal assistance to address homelessness for years, and certainly I would welcome a change in heart from the president on this issue,” Schaaf said in an interview with POLITICO. “It will taking housing and help — not crackdowns.”
San Diego Mayor Kevin Faulconer, a moderate Republican, was more conciliatory, saying he would gladly accept “additional federal resources to help us move more individuals off the streets and into housing.”
Trump has taken aim at California’s homelessness issues before, earlier this year telling Fox’s Tucker Carlson that the federal government might be compelled to “intercede.”
That brought a tongue-in-cheek rebuke from Newsom, who said he welcomed federal help but was unsure the president “knows what it means” to float a potential intervention.
“If interceding means cutting budgets to support services to get people off the street, he’s been very successful in advancing those provisions in addition to the massive Social Security cuts and Medicare cuts — two things he promised he wouldn’t do,” Newsom said in July.

This article tagged under: 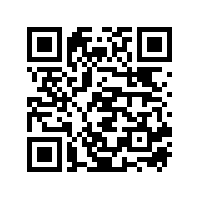