LOS ANGELES, CA — The Los Angeles County District Attorney’s Office Wednesday asked police to conduct additional investigation before a decision is made on potential criminal charges against a Pacoima man jailed for allegedly setting last week’s 45-acre brush fire in Eagle Rock.Bryan Araujocabrera, 25, is jailed in lieu of $1.116 million bail, but it was not immediately clear if he’ll be released from custody.
Prosecutors are still reviewing the case against a second suspect in the fire, Daniel M. Noguiera, according to Greg Risling of the District Attorney’s Office.
Noguiera, 25, of Eagle Rock, is free on $1 million bail that was posted Sunday.
The arrests were made by detectives from the LAPD’s Major Crimes Division and both men were booked on suspicion of attempted murder.
News of the arrests was broken by NBC4, which reported that the suspects were taken into custody at a home on Hill Drive in Eagle Rock, just blocks from where the fire started Aug. 25 near a homeless encampment adjacent to the Glendale (2) Freeway.
The LAPD did not release any additional details.
The fire began at 4:09 p.m. Aug. 25 near the 2900 block of Colorado Boulevard. Citing law enforcement sources, NBC4 reported that someone inside a blue pickup truck exchanged words with occupants of the homeless camp in the area then tossed an incendiary device toward the encampment.
Sources told the station that investigators concluded the fire was set with the intention of killing the campers.

It took firefighters two days to fully contain the wildfire, which wound up jumping the Ventura (134) Freeway and threatened some homes, although none ultimately burned. The blaze sent a large plume of smoke visible across the basin, and forced the closure of the Ventura and Glendale freeways.
City News Service 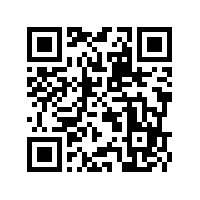