The formal Petition to Recall Mayor of Los Angeles Eric Garcetti was submitted to the Los Angeles City Clerk’s Office without the Mayor’s response. The Mayor’s response was not added to the petition, because the Mayor failed to timely serve the committee, per Election Code 721. In addition, the Mayor’s response accuses the Committee of having a “fraudulent” and “misleading” petition, when in fact the petition uses numbers from LAHSA (Los Angeles Homeless Services Authority), the agency Garcetti oversees.On Wednesday August 28, 2019, Los Angeles City Controller Ron Galperin, released his audit on LAHSA’s violations of its contract with the City of Los Angeles, stating the agency failed to meet seven of its nine goals, and the Mayor of Los Angeles used exaggerated numbers saying he housed 21,000 people in the past fiscal year. The Mayor also used these same exaggerated numbers, which are County and not City numbers, in his answer to the recall.The Committee to Recall Mayor Eric Garcetti was told by the Los Angeles City Clerk’s Office, we are still required to add the Mayor’s now proven to be false and exaggerated statement, to the bottom of our petition. The Committee to Recall Mayor Eric Garcetti believes this to be a response we cannot accept.It is and always was the Committee’s position we do not believe it is either ethical, legal or authorized for the committee to be compelled by the Los Angeles City Clerk’s Office to add the Mayor’s fraudulent answer, never timely served on the Committee to the bottom of our petition.We will provide an update on the advancement of the recall in the coming week.# # # 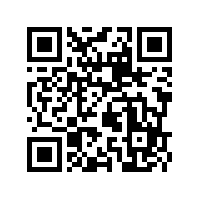 Mobile hygiene trailer to launch for homeless in Salem area

Alabama’s homeless veterans: PTSD, suicide: ‘I didn’t care about my life or anyone else’s’