ANALYSIS/OPINION:
America is getting pooped, thanks to trend-setting California. There is no getting around the fact that the Golden State is at the forefront of a defecation crisis which is already overflowing into neighboring states. The Left Coast has become the home of the homeless, the nation’s lost souls who apparently have settled for simply existing rather than really living. Sleeping out in the open spaces and pooping in public places are jarring signs that a segment of society has given up. The demoralizing, downward spiral is likely to accelerate unless Americans resolve to clean up their act.
Sidewalk cities of makeshift shelters occupied by 36,000 vagabonds have beset residents of Los Angeles, and the homeless count in San Francisco has surpassed 8,000. Neighboring Seattle and Portland have their own dismal warrens of homeless numbering in the thousands. Living rough means doing without the fundamentals of sanitation, like toilets. Picking up after pooches is obligatory practically everywhere, but on the West Coast, the homeless have warmed to the habit of leaving mushy gifts on streets, in parks and other places where walkers risk an unwelcome surprise.
Explanations are many for the growing phenomenon of dispossessed masses — the balmy weather, generous social services, tolerant treatment from city officials, expensive housing conditions and easy access to drugs made easier by legalization of recreational pot.

California Gov. Gavin Newsom, who witnessed persistent homelessness in San Francisco while mayor, has come up with a new rationale: Texans. The liberal Democrat recently appeared on HBO, claiming: “The vast majority [of San Francisco’s homeless people] also come in from — and we know this — from Texas. Just [an] interesting fact.”
If indeed a fact, it’s a false one, according to fact-checkers at Politifact. They found city records indicating that 70 percent had lived in San Francisco before becoming homeless, 22 percent had lived elsewhere in California and only 8 percent had come from out of state.
Charles Kesler, editor of the Claremont Review of Books, points out in a Aug. 16 Wall Street Journal opinion piece that poverty has long been a part of the American story, but a dearth of basic dignity is something new: “The majority of the nation’s homeless people now live in California. There are myriad causes at work, no doubt. But there was no ‘defecation crisis,’ a term usually associated with rural India — in the 1930s, even with unemployment at 25 percent, vagabonds roaming the country, and shantytowns and ‘Hoovervilles’ springing up everywhere.”
California’s sanitation problem cannot be separated from its “progressive” roots. The sooner society can disentangle itself from its superstitious, misogynist, sexist, racist and capitalist past, so goes the theory, the quicker true freedom — life beneath blue skies and beyond hoary rules — can emerge. Counter-culture hipsters are always ready to dash forward toward the coming transformation, but they still need to watch where they step. As “The Eagles” reminded in their ‘70s-era “Lyin’ Eyes”: “Every form of refuge has its price.”
Drug culture aficionados would rebuff any attempt to associate the swelling potty problem with pot legalization. Researchers are finding strong links, though, between marijuana and psychosis. A study conducted by King’s College London between 2010 and 2015 found that individuals who smoked high-potency marijuana were five times more likely to develop mental illness than non-smokers. A second study published in JAMA Pediatrics in December found the proportion of teens surveyed who had smoked pot in the preceding year and had experienced psychosis reached 40 percent.
Drug use — legal and illegal — and the draw of life beyond cultural bounds are surely not the only explanations for the rise of outdoor-dwelling desperados. There are the mentally and physically disabled who wind up helpless, hopeless and homeless. They need all the assistance a compassionate society can offer.

The proliferation of family breakdown is also a factor that cannot be discounted. With 50 percent of American children thrust out into the world without the emotional support of a two-parent family, psychological dysfunction is becoming more the rule than the exception. It’s not hard to conceive of a broken home as a natural precursor to homelessness.
Rather than reinvent society based on unproven “progressive” notions, better to simply recall what works: Finish high school, get a full-time job, delay marriage and having children until age 21, and stay married. It’s a formula that built a nation — without the proliferation of pot and poop. 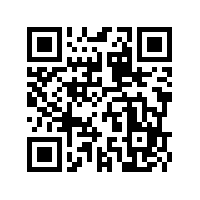