Building off of our community based research and reports, LA CAN has been involved in the creation of two books that focus our work. Both of these projects have been taught in college classrooms throughout the country. If you would like to purchase copies, contact Becky at beckyd@cangress.org.
Freedom Now! Struggles for the Human Right to Housing in Los Angeles and Beyond documents the dynamic social movements emerging around struggles for housing as a human right. Edited by Jordan T. Camp and Christina Heatherton, this reader considers the struggles against eviction, gentrification, homelessness and the privatization of public housing. Drawing on the legacy of the Freedom Movement, Freedom Now! argues that these human rights struggles have been and continue to be constitutive of a struggle for a new society. (January 2012)
Contributors include organizers such as Deborah Burton from LA CAN, J.R. Fleming of the Chicago Anti-Eviction Campaign, S’bu Zikode with Abahlali baseMjondolo a movement of South African Shack dwellers, artists like Chuck D from Public Enemy, as well as scholar-activists such as Ruth Wilson Gilmore, Mike Davis, Rhonda Williams, George Lipsitz, Gaye Theresa Johnson, and Daniel Martinez HoSang.
Downtown Blues: A Skid Row Reader is an innovative collaboration between scholars, community organizers, artists, and students that explores the struggles against displacement and other civil rights violations in Los Angeles’ Skid row.
When Mayor Villaraigosa launched his Safer Cities Initiative in September 2006, he unleashed the most concentrated and resource-intensive policing in the country and has sustained this intense occupation for more than four years.  More than 100 additional officers were deployed to a 50-square block region, resulting in mass arrests, citations, detentions, harassment and police violence – disproportionately directed at low-income Black residents. Yet much to political leaders’ surprise, LA CAN members have organized to fight back against civil rights violations and mass displacement from their community. This reader represents a collective effort to examine this resistance.
Contributors include USC History and American Studies Professor Robin D.G. Kelley; UCSB Black Professors Cedric J. Robinson and the late Clyde Woods; UCLA Law Professor Gary Blasi; acclaimed actress LisaGay Hamilton; and LA CAN’s General Dogon. (March 2011) 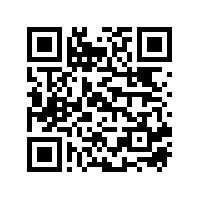 NYC homeless residents to be transferred back to shelters

Smallcakes Pensacola owners, staff go above and beyond for ‘broken’ homeless man