The Golden State, in a movement spearheaded by its first-ever surgeon general, stands to become a vanguard for the nation in tracing adverse childhood experiences, or ACEs, to the onset of physical and mental illness. But what can a pediatrician, with her 15-minute time slots and extensive to-do list, do about the ills of an absent parent or a neighborhood riddled with gun violence? (Anna Maria Barry-Jester, 3/5)

Good morning! The big health care news of the day comes out of California, so let’s get right to it!

California Sues Administration Over Family Planning Program Rule: In his 47th suit against the administration, California Attorney General Xavier Beccera is challenging the changes to Title X funding that would bar family planning clinics from referring patients to abortion services and prohibit clinics from being housed in the same place as abortion providers. The rules, which critics say are designed to target Planned Parenthood, will effectively strip millions of federal dollars from reproductive health providers that perform abortions and abortion referrals. Many of the organizations that would be effected have said they will leave the program, as complying with the new rules would not be feasible. “This builds a wall between a doctor and her patients,” said Crystal Strait, who works for Planned Parenthood in California. “We’ve never in the United States accepted that. When you go into your physician, you expect to get medically accurate options.”

“This is 2019, not 1920,” Becerra said of the rules. “Jeopardizing the health of women is not what we should be doing in the year 2019.” He added that the new rule affects 4 million mostly low-income women nationwide and 1 million women in California. Gov. Gavin Newsom deemed the rules an “attack” on the more than 1 million low-income Californians “who rely on life-saving screenings and care from providers they trust.”

Along with California, 20 states and the District of Colombia announced they will always be suing to block the changes. The Trump administration has previously said that it expected legal challenges to the rules, with Washington State leading the charge quickly after they were announced.

Read more from: The New York Times, The Associated Press, The Wall Street Journal, the San Francisco Chronicle and KQED.

California Has Some Of Nation’s Strictest Vaccination Laws – But That Doesn’t Protect From Physician-Granted Exemptions: Experts point to California as an example that vaccination laws don’t fully combat against outbreaks. That’s because physicians are granting vaccination exemptions even where there’s no underlying health conditions that would make children ineligible for the MMR vaccine. “This outbreak showed we shouldn’t be lulled into a false sense of security that because of the law everyone is vaccinated,” said Dr. George Han, deputy health officer at the Santa Clara County Public Health Department. Read more from Modern Healthcare.

Below, check out the full round-up of California Healthline original stories, state coverage and the best of the rest of the national news for the day.

More News From Across The State

Los Angeles Times: Costa Mesa Settles Lawsuit Over Homeless In Riverbed
Costa Mesa officially agreed Monday to settle a federal lawsuit filed on behalf of homeless people cleared from a former encampment along the Santa Ana River, bringing the closely watched case to an end after more than a year. Under the settlement, the city will pay $7,500 to plaintiff Melissa Fields to use for housing and $24,000 in attorney fees to the Santa Ana-based Elder Law and Disability Rights Center, according to a news release. (Money, 3/4)

LAist: Another Homeless Shelter Plan Fell Through In Sherman Oaks, But There’s A New One In Los Feliz
In August 2018, Los Angeles City Councilman David Ryu proposed an emergency homeless shelter be built at 5161 Sepulveda Blvd. in Sherman Oaks as part of Mayor Eric Garcetti’s bridge housing initiative. The plan led to a petition, an unruly protest at a neighborhood meeting, and threats to recall the District 4 councilman. Then, nothing. (Fonseca, 3/4)

CALmatters: To Help People Off The Streets And Into Shelters, Welcome Their Pets?
When police officers found Julie Hemingway bedded down on the asphalt of a Taco Bell parking lot, she wasn’t interested in moving to a homeless shelter. No way was she leaving her cat, Tammy. Caring for Tammy allows Hemingway, who said she suffers from major depressive disorder,  to push past thoughts of suicide. “Waking up and having to feed her,” she said, “it’s enough to keep me going.” But the officers told her about a triage shelter in Sacramento that would let her keep Tammy by her side—and see that the tabby was vaccinated, microchipped and bestowed with her own kitty condo. (Castillo, 3/3)

The Mercury News: Gene Synthesis: How To Catch Deadly Mail-Order Molecules
Today’s mail-order molecule could help build the next great vaccine. Or it could unleash the next deadly epidemic. That’s the conundrum faced by the Bay Area’s gene synthesis companies, which screen thousands of requests for custom-built DNA – and the customers who want them – to make sure that tomorrow’s Hitler isn’t ordering up the next smallpox, Ebola or yet-unnamed killer. “If there’s some weird order from some weird place, it raises a red flag,” said Claes Gustafsson, co-founder and chief commercial officer of ATUM, a Newark-based gene synthesis company.

San Jose Mercury News: Luke Perry’s Death At 52: ‘Strokes Can Happen At Any Age’
The death of actor Luke Perry on Monday is a major blow to several generations of TV fans, who fell in love with him as the brooding teen rebel Dylan McKay on “Beverly Hills, 90210” in the 1990s or who cheered his recent return to TV stardom in “Riverdale.” But even people not familiar with the actor’s career were stunned to hear about his sudden death at age 52 from a major stroke. A common reaction among fans and others is that Perry was “so young” — meaning that Perry seemed too young to suffer from a health crisis that has long been associated with people years older. (Ross, 3/4)

Capital Public Radio: Sacramento State Hosts Town Hall Focused On Death Of Stephon Clark
Sacramento State leaders provided a space Monday for the campus community to express feelings about the death of Stephon Clark, the 22-year-old who was shot and killed by Sacramento police last March. The university was supposed to hold a town hall meeting focused on campus issues. Instead, leaders hosted a series of performances reflecting on Clark’s death in anticipation of Saturday’s announcement there would not be criminal charges filed against the officers. (Fernandez, 3/4)

Capital Public Radio: Police Arrest 84 After Stephon Clark Protest In East Sacramento
Sacramento police arrested 84 people after demonstrators marched through the city’s affluent East Sacramento neighborhood Monday, protesting the district attorney’s decision not to bring criminal charges against the officers who shot and killed Stephon Clark last March. Those arrested include Pastor Les Simmons of Sacramento Area Congregations Together, a prominent figure in actions around the Clark cause over the past year, two journalists, and students who were part of a group that shut down the Arden Fair Mall on Sunday. (Romero, Nixon, Hagan et. al., 3/5)

The executives at Alkahest have heard plenty of vampire jokes. They are, after all, turning to blood from young donors in search of an elixir for diseases associated with aging. And yes, they’re in Silicon Valley. But this five-year-old biotech company led by Genentech alums is doing serious science. It just happens to be working in a field that the Food and Drug Administration rebuked last month with a stern warning, noting that plasma infusions from young people provide “no proven clinical benefit” against diseases including Alzheimer’s and Parkinson’s. (Robbins, 3/4)

The sweeping health-care law created nearly a decade ago to put insurance within reach of more Americans has left significant holes in the ability of older, middle-class people to afford coverage, particularly in rural areas, according to a new analysis. Sixty-year-olds with a $50,000 income must pay at least one-fifth of what they earn for the least expensive premiums for health plans in Affordable Care Act marketplaces across a broad swath of the Midwest, the analysis shows. In much of the country, those premiums require at least one-sixth of such people’s income. (Goldstein, 3/5)

For just the second time since the global epidemic began, a patient appears to have been cured of infection with H.I.V., the virus that causes AIDS. The news comes nearly 12 years to the day after the first patient known to be cured, a feat that researchers have long tried, and failed, to duplicate. The surprise success now confirms that a cure for H.I.V. infection is possible, if difficult, researchers said. The investigators are to publish their report on Tuesday in the journal Nature and to present some of the details at the Conference on Retroviruses and Opportunistic Infections in Seattle. (Mandavilli, 3/4)

The drugmaker Eli Lilly will begin selling a cheaper version of its most popular insulin, Humalog, in an effort to head off criticism about the rising costs of prescription drugs, the company said Monday. Lilly will begin selling an “authorized generic” of Humalog 100 for $137.35 per vial, a 50 percent discount off the list price. An authorized generic means that, except for the label, it is identical to the brand-name drug and manufactured in the same facilities. The new product, which the company said would be made available as quickly as possible, will be called Insulin Lispro and will be sold through a Lilly subsidiary, ImClone Systems. (Thomas, 3/4)

The erroneous suggestion that vaccines could cause autism was refuted nine years ago, when a British medical panel concluded in 2010 that Andrew Wakefield, the doctor with undisclosed financial interests in making such claims, had acted with “callous disregard” in conducting his research. But in 2019, professional epidemiologists are still devoting time and resources to discrediting Wakefield’s work, which set off a steep decline in vaccinations, including in the United States, where Wakefield moved in 2004. (Stanley-Becker, 3/5)

It was nearly 9 p.m., hours after the makeshift clinic for newly arrived migrants near the Mexican border in Texas was supposed to close, but the patients would not stop coming: A feverish teenager with a vile-smelling wound on his foot. A man with a head injury and bright red eyes. Children with fevers, coughs and colds. Earlier in the day, a little girl named Nancy had been brought into the clinic with a cough and shaking chills. She had been vomiting, she said, and her spine hurt. An assistant took her temperature. “She’s got 104, almost 105,” she said. (Fink and Dickerson, 3/5)

A top U.S. regulator wants to meet with Walgreens leaders to discuss whether the drugstore chain has a problem with illegal tobacco sales to minors. Scott Gottlieb of the Food and Drug Administration said Monday Walgreens is a top violator among drugstores that sell tobacco products including cigarettes, smokeless tobacco and e-cigarettes. He says inspectors have found nearly 1,800 instances since 2010 in which one of the company’s stores violated the law. (3/4) 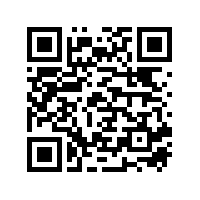 Report: ‘Revolving door’ system for homeless focuses too much on short