LOS ANGELES (CN) – A disproportionate number of black residents of Los Angeles are homeless because of discriminatory housing and employment policies, structural racism in policing and unconscious bias in homeless services, according to a study issued Monday.

Black residents make up 9 percent of the population of LA County, but accounted for more than 40 percent of the region’s homeless population in 2017 according to the Los Angeles Homeless Services Authority, which said in its study that racism and homelessness are deeply intertwined.

“The impact of institutional and structural racism in education, criminal justice, housing, employment, health care, and access to opportunities cannot be denied: homelessness is a by-product of racism in America,” the study said.

LA County has the largest number of unsheltered homeless individuals in the nation, with more than 55,000 homeless in 2017, according to the LA homeless services authority’s data.

Persistently low and stagnant wages, involvement in the child welfare system, discrimination in the job market and an unjust criminal legal system all combine to exacerbate homelessness for black residents, the study said.

Despite efforts to place them in housing, homeless black Angelenos return to homelessness at higher rates than all other race and ethnic groups, the study found, pointing to “systemic bias in policies.”

Some of almost 70 recommendations on how the city and county can reverse systemic racism include encouraging collaboration and information sharing between departments that serve the homeless and training staff on institutional racism and racial bias.

Black people in the county who are experiencing homelessness should also be included in all levels of policy design and implementation, according to the study.

Backers of the study called for embracing a racial equity lens throughout homelessness policy and across public and private spheres.

LA County Supervisor Mark Ridley-Thomas said at a press conference Monday that “the invisible hand of structural injustice” across government agencies and homeless services has brought pain to black residents.

“Hard work lies ahead to counter this tragic inheritance,” said Ridley-Thomas. “If our region is to prosper, it is not only a moral imperative, it is an absolute economic imperative that all who call Los Angeles home are able to attain their full measure of dignity and self-worth.”

The Golden State’s housing shortage – over 3.5 million units – was also called out in the study, which highlighted the gap in housing availability despite government investment.

At a meeting with Southern California leaders on Feb. 19, California Governor Gavin Newsom said the state would back jurisdictions financially if they build their share of affordable housing to stem the state’s affordability woes.

Cities that lay out plans to develop affordable housing can access $250 million in incentives and an additional $1 billion in tax credits if they reach their goals, Newsom said.

A 2018 point-in-time count of the state’s homeless population found about 130,000 Californians were homeless – nearly a quarter of the national total, according to the Public Policy Institute of California.

A University of California, Los Angeles, study this month found that homeless Latinos in LA are less likely to access homeless services or receive support from public or private agencies due to language and cultural barriers.

The study by UCLA researcher Melissa Chinchilla, “Stemming the Rise of Latino Homelessness: Lessons from Los Angeles County,” found Latinos are undercounted in regional homeless counts because they tend to live in converted garages and households with multiple families.

Homeless Latinos and Latino renters are also less likely to utilize support services or advocate for their rights due to their citizenship status, the study found. 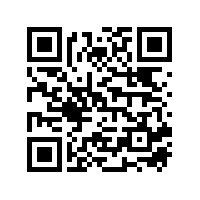 Homeless shelters having to change approach to help families during pandemic

Hip-Hop for the Homeless: Joey Batts and friends tour CT