The City Council approved the finalization of a property lease Friday that clears the way for an emergency homeless shelter to be opened in the downtown Los Angeles area.

Councilman Jose Huizar introduced a motion last month calling for the 115-bed shelter at 1426 Paloma St. He said it could be opened within three months, becoming the third facility to be operational under Mayor Eric Garcetti’s A Bridge Home program, which aims to open a temporary shelter in every City Council district while the city works to build more permanent supportive housing through a $1.2 billion bond measure approved by city voters in 2016.

“Downtown Los Angeles is the epicenter of Los Angeles’ homelessness crisis,” Huizar said earlier this week. “By working with the mayor and the county, we’re helping more people get off the streets and into shelter with supportive services, while long-term housing is built through Measure HHH.”

The “Bridge Home” program was announced by Garcetti during his State of the City speech last April as a new front in the fight against homelessness. The 2018 Los Angeles Homeless Services Authority found that more than 31,000 people are homeless in the city, including more than 23,000 living without shelter, which were both slight drops from the previous year after years of increases.

The Paloma site south of Skid Row will be leased by the city for three years at a cost of around $1.3 million, according to Huizar’s motion.

The 2018 Homeless Count identified about 700 homeless people living without shelter in the industrial area from Seventh to 21st streets between Maple Avenue and Alameda Street, Huizar’s office said.

Under the Bridge Home program, the county pays for support services at the emergency sites.

The Paloma Street site was identified when the property owner, Michael Kaboud, approached the county about using part of his facility for homeless housing, Huizar’s office said. The site is currently a clothing warehouse, and the property owner will continue to operate an adjacent portion of the building for his business.

Get the latest from NBC4 anywhere, anytime 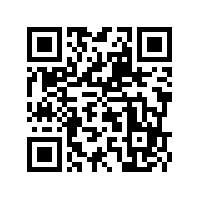 Where To Go To Watch The Rams Next Super Bowl Sunday

President Obama’s former chef to give away $250,000 lottery winning to the homeless

Local photographers raise awareness about the homeless population though photography