EMAA conducts annual homeless count – The Homeless Times
Information and Resources for the Homeless in Los Angeles!
… L.A. voters angry, frustrated over homeless crisis, demand fast action, poll finds… Today’s… St. Matthew’s in North Hollywood marks 90th anniversary, amid efforts to help unhoused… LA City Council to consider ballot measure for encampment ban… L.A. voters angry, frustrated over homeless crisis, demand fast action, poll finds
In January, the East Missouri Action Agency (EMAA) conducted the annual unsheltered homeless count for the U.S. Department of Housing and Urban Development (HUD).
The count becomes public information, and is used to assess communities by organizations to decide what resources they need. According to the Institute for Community Alliances (ICA), which helps gather data on the homeless with the count, “This kind of information is useful for influencing policy and planning efforts at the local, state, and national levels.”
“It’s truly the only count that is done across the state. Even in this county, there are no other organizations that help the homeless,” EMAA Program Manager Rob Baker said.
The unsheltered homeless person is defined by Baker as someone without a stable shelter.
He points out that different organizations define homelessness differently. A program providing low-income heating assistance might define homelessness as someone who has shelter but no heat, or is at risk of losing heat; another might define it as someone without permanent safe housing.
The unsheltered count is called a Point-In-Time Count. The data is gathered on a single day, or evening in this case. With the time frame, from dusk until dawn, volunteers must seek out the unsheltered homeless and give them a survey. On the night of Jan. 30, the EMAA counted St. Francois County and some surrounding counties.
“The picture isn’t painted very clearly,” Baker said. “It was the coldest day of the year, for one.”
That could have changed skewed the count for the year.
With wind chill in the negative, even the unsheltered homeless will find a place to stay. On cold nights, the homeless go deeper into the woods, or they find a person who will let them stay the night.
On other factors that affect that count, “Obviously, we don’t have volunteers who are willing to spend 12 hours of their night, driving around,” Baker said.
In past years, they have had up to 12 volunteers, some of them students at MAC, some social workers, some simply volunteers. This year there were only three.
The group of volunteers this year counted just one person. In 2017, the Missouri Housing Development Commission counted 15 people.
“It’s not a true indicator of the homeless issue,” Baker said.
When asked what a more accurate picture might look like, he replied, “There’s no way to really know.”
There used to be two counts per year, one in the winter, and one in the summer, which they stopped doing two or three years ago.
“In our area, there are hundreds of families who are sharing residences because one of their families doesn’t have their own place. One or more of those families are technically homeless because they don’t have homeless housing. If you ask a school social (worker) who is homeless, they’ll say they have homeless students. They’ll go to one friend’s house one night, then another the next day,” he said.
The count may negatively affect some of the attention and needs for the homeless in the community.
“What we need are more long-term shelters that can help the homeless to get back on their feet, so they’re not just with a roof one night, and without one another,” said Executive Director Keri McCrorey.
“There are many barriers in the way that prevent people from paying rent, or moving into shelters,” Baker said. “(For example) if they have a past eviction notice on court record, or if they have an income, but not enough per month to pay for the initial fees of a house…”
McCrorey encourages people in need to sign up for long-term rental assistance called Section 8 housing. They can sign up on Feb. 20 on the EMAA website, or call EMAA at 573-431-5191 for more information.
Link to this Post: 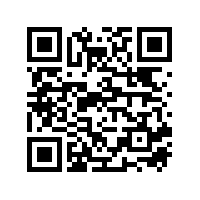 Fueling the homeless with food and fellowship