Upshur, WV, courthouse security sorely lacking | Columns – WV News – The Homeless Times
Information and Resources for the Homeless in Los Angeles!
… L.A. voters angry, frustrated over homeless crisis, demand fast action, poll finds… L.A. voters angry, frustrated over homeless crisis, demand fast action, poll finds… Medical outreach team brings measure of healthcare to people experiencing homelessness in Valley… Homeless woman vows to fight new court order to leave Mile Square Regional Park… LA homelessness committee resumes meetings following Ridley-Thomas’ suspension
The Upshur County Courthouse needs a security fix as soon as possible.
Right now, the courthouse is one of the few left in the state that citizens can enter without passing a security checkpoint that includes a metal scanner and guards.
That’s a problem. It isn’t fair to the public, and it also isn’t fair to court and court security officials, from judges down to bailiffs.
The courthouse holds magistrate court, circuit court and family court. Each can have volatile situations.
Lewis County, the other half of the circuit, recently built a new annex to house the various courts. The security there is excellent, since it was designed with the 21st century in mind, instead of the 20th or 19th centuries.
There’s no need to build a new courthouse in Upshur County. The old one, plus the annex, are working quite nicely.
But there has to be a way to secure those two connected facilities, probably by putting a checkpoint at the entrance to the annex, and shutting down the main doors except as an emergency exit.
Not too long ago, Taylor County was able to add security to its courthouse without having to reinvent the wheel.
Taylor officials will, however, probably want to add another, larger elevator, or else figure out how to open its stairwells back up to the public.
When there are busy court days, the single elevator to the second floor can’t keep up with the numbers needing to use it.
– – –
In December 2017, The Guardian’s Outside in America team published a fascinating article on how some homeless individuals had been given one-way bus tickets to locales far away. The tickets had been provided by U.S. cities, to get the homeless out.
This isn’t to say that Clarksburg, Morgantown, Fairmont or other West Virginia communities should consider this. On the other hand, it would be imminently wise for officials in those cities — and any cities, for that matter — to know when someone arrives from one of these one-way trips.
Frankly, when that happens, officials in West Virginia cities ought to give these individuals a one-way ticket back to where they came from, especially if that place was a big city with a heck of a lot more resources to help that homeless individual.
Other articles published last year touted what some communities had done to dramatically lower their homeless population. But these statistics should be viewed cynically. First, it’s hard to count the homeless. And second, unless a venerable accounting agency is signing off on such counts, it’s hard to trust them.
– – –
The Cecil Jarvis Greater Clarksburg 10K has a great program called “10 Weeks to the 10K.” Anyone from beginner walker or runner, to experienced runner, can benefit from this program.
That being said, those who are serious about reaching their peak performance at the 10K will want to start preparing now.
This year’s 10K, as well as 2-miler and Kids K, are on the third Saturday in June, specifically, June 15, in downtown Clarksburg.
That gives participants a full 20 weeks to prepare.
A good place to start is with Jeff Galloway’s book, “5K/10K running.” You also can find some of his ideas online, including a 5K training schedule lasting 15 weeks, and a 10K training schedule lasting 13 weeks, at jeffgalloway.com.
– – –
After the many struggles by football officials during the NFL Playoffs and in the regular season, what can be done?
There’s a pretty simple fix.
Many plays already can be reviewed. The NFL also could begin reviewing penalties for the 2019-20 season.
For that matter, the NFL could adopt an emergency rule change and make it possible to review penalties in this year’s Super Bowl.
That would be cold comfort to the New Orleans Saints. They almost assuredly would have run out the clock and kicked the game-winning field goal against the Los Angeles Rams in the NFC Championship had an obvious pass interference been called against the Rams.
The Kansas City Chiefs probably also would have a beef, considering some of the calls that went the way of the New England Patriots in the AFC Championship.
Unfortunately, those games are in the past.
Still, it would be better to find a fix sooner than later for these mistakes, which are ruining otherwise very entertaining contests.
And the league already is acknowledging human error through its process of overturning calls involving receptions and fumbles. There’s certainly just as much human error when officials throw a flag, or when they fail to do so.
The NFL would have to figure out a way to limit the number of reviews for penalties, just as it already has done for plays. But that doesn’t seem like it would be that difficult.
Link to this Post: 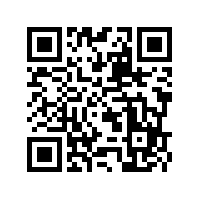