Rothschild, 71, and his wife, Mona Scott, came to Detroit in 1970 from Los Angeles as volunteers with AmeriCorps VISTA, the domestic Peace Corps.

He joined Common Ground, a provider of crisis and mental health services, in 1990, leading the agency for 25 years before retiring in September 2015.

Under his leadership, Bloomfield Hills-based Common Ground grew to over 250 employees from 20 and increased its budget to $13 million from $645,000.

Rothschild forged collaborations with other groups to improve services for clients and reduce costs.

He played a key role in Common Ground’s 1998 merger with fellow nonprofit The Sanctuary, creating a single door for adults and youths seeking public mental health and crisis intervention services in Oakland County.

With Rothschild at the helm, Common Ground was named Crain’s Best Managed Nonprofit in 2014. He led the agency in moving beyond the gatekeeper role it had held under a contract with Oakland county Community Mental Health Authority, determining simply whether clients needed psychiatric hospitalization or not.

To improve outcomes for patients and cut costs, Common Ground began offering clients the breadth of its programs, from a crisis hotline and crisis residential program to a runaway and homeless youth shelter in Royal Oak and transitional living for homeless ages 16-23.

As a result, psychiatric hospitalization rates for the 6,100 people it assists annually under the county contract have dropped to an average of 19 percent year to date from 45 percent in 2011.

Rothschild was one of the inaugural recipients of the Eugene A. Miller Fellows Program awarded by the Detroit-based McGregor Fund in 2009. He used the fellowship to study nonprofit board governance at Harvard University and a focus on international best practices in mental health. He also worked to help build the capacity of a Washington, D.C.-based mental health advocacy group and participated in an immersion course in Spanish.

Outside of that, Rothschild served as CEO in residence for a year and half at the University of Michigan graduate school of social work.

After his retirement in 2015, Rothschild dedicated time to volunteering, teaching at the University of Michigan, traveling in an RV with his wife and watching the Detroit Tigers.

“Tony built the organization we see today and served as a mentor to me and many of our leaders. He led the agency with a drive to serve and compassion for staff. He was truly loved and will be profoundly missed,” Rae said.

Through his 25 years of enthusiastic and innovative leadership at Common Ground, Rothschild solidified his legacy as a helper and collaborator, Common Ground said. His passion for the agency and his dedication to helping people inspired his staff, family and friends.

Tony is survived by his wife, Mona; his son, AlexZander, daughter, Lindsey; and grandchildren Sasha and Londelee. 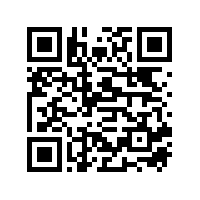