LOS ANGELES, CA (November 15, 2013) — The Honorable Richard Rico of the Los Angeles Superior Court approved a $1.5 million settlement of a lawsuit brought against the owners of the Huntington Hotel in downtown Los Angeles today. The lawsuit was brought by the Legal Aid Foundation of Los Angeles (LAFLA) and Steptoe & Johnson LLP, on behalf of three individual tenants and the Los Angeles Community Action Network, a community based organization. The lawsuit was based on the unlawful displacement of at least 60 tenants living in a historical building downtown, in the throes of gentrification.  The tenants alleged that after an ownership change, they were subjected to illegal rent increases, discrimination, harassment and retaliation as the owner attempted to force them out while circumventing statutory tenant protections.  All of the individual plaintiffs represented by LAFLA were elderly and/or persons with disabilities. Many became homeless after leaving the Huntington.
The $1.5 million settlement includes monetary relief for individual plaintiffs’ emotional distress and statutory damages, for LA CAN’s lost resources, a relocation fund for other displaced Huntington tenants, and attorneys’ fees and costs. “It is very difficult to put a monetary value on the cost of being rendered homeless, like so many tenants were,” stated Barbara Schultz, attorney for the plaintiffs. “But at least individual plaintiffs can now afford to improve their living situation, and other displaced tenants are eligible for the pool of relocation funds.”
During the course of the litigation, filed December 2011, the plaintiffs won three preliminary injunctions, based on the legal rental amounts of the units, disability and source of income discrimination, and the right of one individual tenant to return to her unit after an unlawful eviction. “The Huntington Hotel tenants endured some of the worst conditions in the City for years, and then got illegally pushed out as the conditions finally improved. The settlement creates a means to compensate dozens of tenants for this harm, though the City and other regulators must do more upfront to prevent these things from happening at all,” said Becky Dennison, Co-Executive Director of LA CAN.
LAFLA will be honoring Steptoe & Johnson LLP at their Access to Justice Dinner on December 3, 2013 for their laudable pro bono assistance on this case. Find more information at: http://www.lafla.org/access.php.
CONTACTS:
Barbara Schultz, Esq. – Legal Aid Foundation of Law Angeles 213.640.3826John Swenson, Esq.- Steptoe & Johnson LLP 213.439.9424Becky Dennison – Los Angeles Community Action Network 213.840.4664 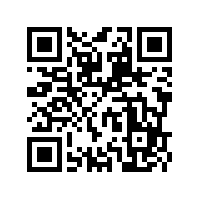